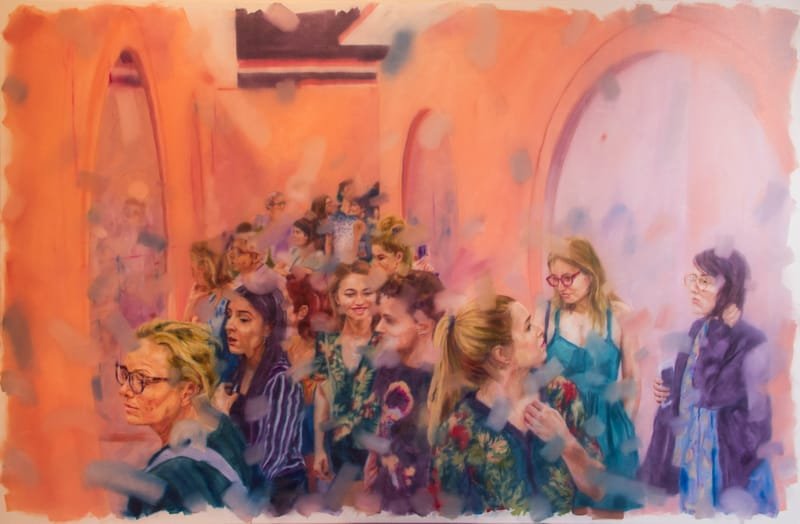 The Voyeur, solo show (en 532 Gallery Thomas Jaeckel) by Marlon Portales brings together a group of medium and large format paintings consisting of portraits of spectators in different museums in New York. As part of the process, the artist initiates contact with the portrayed in the museum space, observes them and captures their expression without being noticed. Then, in the intimacy of the workshop, he reinterprets that impression through the pictorial act. The Voyeur analyzes the art spectators, converts them into models, into the center and purpose of the artistic discourse. The act of reception of the work of art, the pleasure and the impact that these produce in the subject seduce Portales, he wishes not only to contemplate it but also to represent it as if he wanted to perpetuate the aesthetic experience in the canvas. 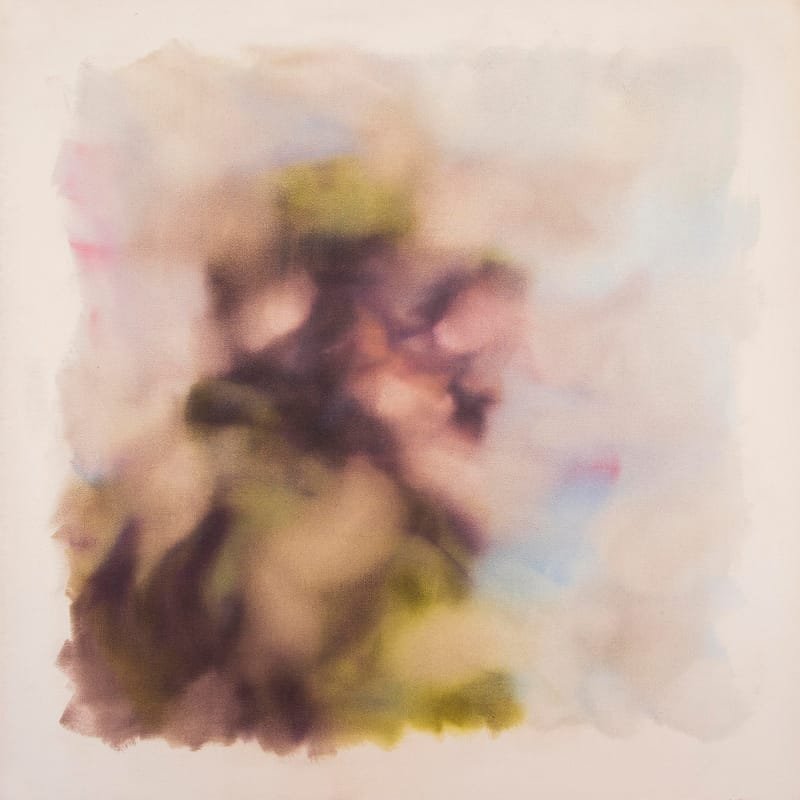 Decomposition is a series of pictorial portraits presented during the XIII Havana Biennial, ranging from the figurative to the abstract, in which two fundamental figures or characters, Fidel Castro and my grandfather Aurelio Cusett, are taken as a reference. The first case arises from historical archive photographs and other images of the Cuban leader after his death, combined with a very personal and intimate point of view of the leader's image. In the second, images from my grandfather's family album are used, showing it from a daily and personal point of view. The choice of both characters for the staging of a pictorial dialogue is presented as a strategy of deterrence and rupture of the supposed prevailing political ideology in our society, or rather, the transformation of it. Fidel's figure and that of my grandfather are diametrically opposed in the ideal, political and historical plane, their approach and relationship in this case is given by a fetish idea that has haunted me for years, that of finding (or rather camouflaging today) the figure of one in the other. This connection at first only responded to a certain physical similarity between the two characters, but today I am much more aware of the complexity involved in it. I could sum it up by saying that Fidel presents himself to me as a radical political figure with an air of revolution capable of transforming a society and an epoch (for better or worse); and my grandfather on the other hand as the incarnation of the most humble, natural and simple that a man can possess in the best sense of the word, as a peasant dedicated all his life to the family breadwinner. Both figures are presented as paradigmatic entities that the pictorial process constructs and deconstructs in a quasi-abstract way, making possible a total (absolute) image in which the leader's historical and family (human) memory almost disappears but remains intermittently latent. 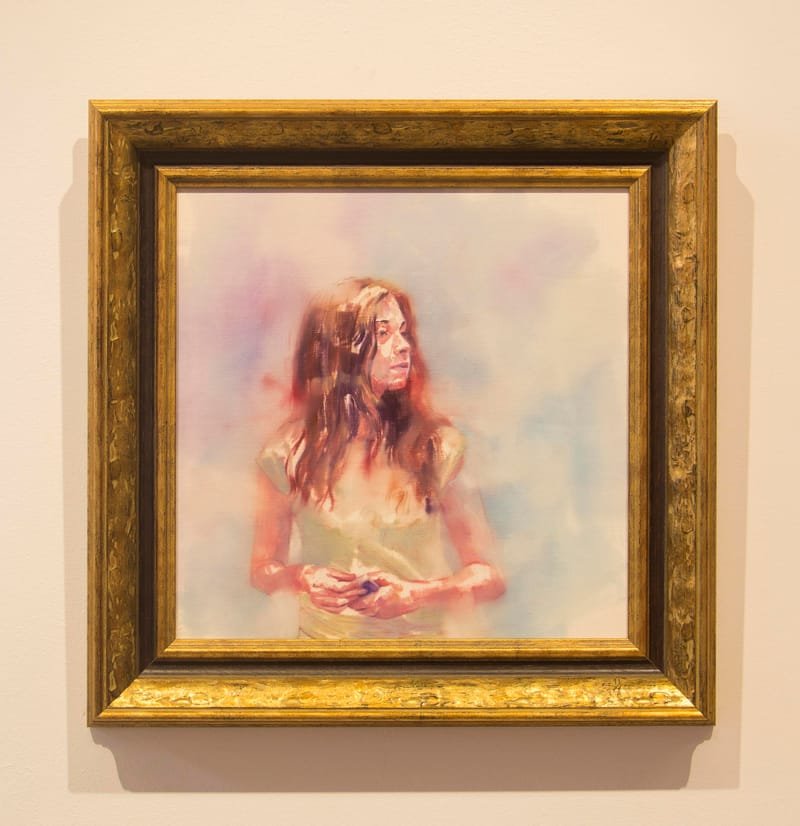 Museum was a personal exhibition inaugurated in May of 2017 in Orígenes gallery, Havana. The pictorical series emerges as a continuity of the trip, this new series has as reference a personal photographic archive that emerged in the summer of 2015 in New York. During this period and to date, the procedure consisted in photographing the interior of several museums and galleries of renowned prestige (Guggenheim, MoMA, The Metropolitan Museum, The Whitney Museum ...) scenes of the spectators in front of the works of art that make up their collections or exhibitions. Later these scenes are recreated from the pictorial medium, but eliminating all the works of walls and rooms. The result presents compositions in which only the viewer is visible in said spaces. The attention is focused on the observer and makes the real spectator a participant in the work by recognizing himself in the represented spectator. 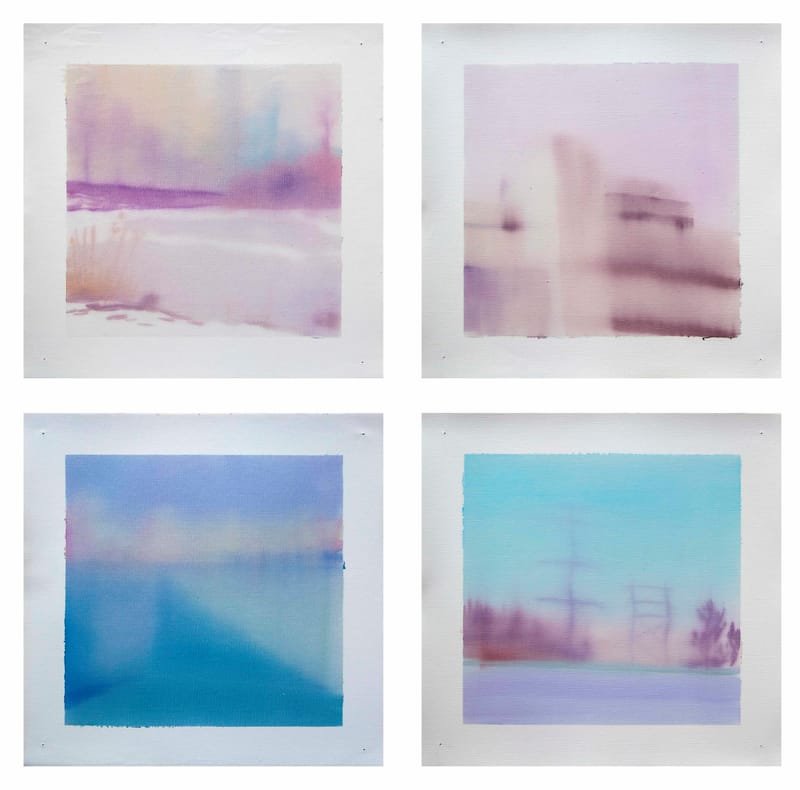 Grand tour was a personal exhibition inaugurated in March of 2017 in the Galiano gallery. Is an artistic project inspired by my first trip out of Cuba in the summer of 2015. Every place I have visited since, has become a motive for my creative process that ends with a pictorial approximation to each one of them. The travels to New York, California, some cities in Italy and Germany have permitted me to generate what I consider to be a refreshing experience within my work that allows me to overcome the physical and spiritual limitations of my everyday context. 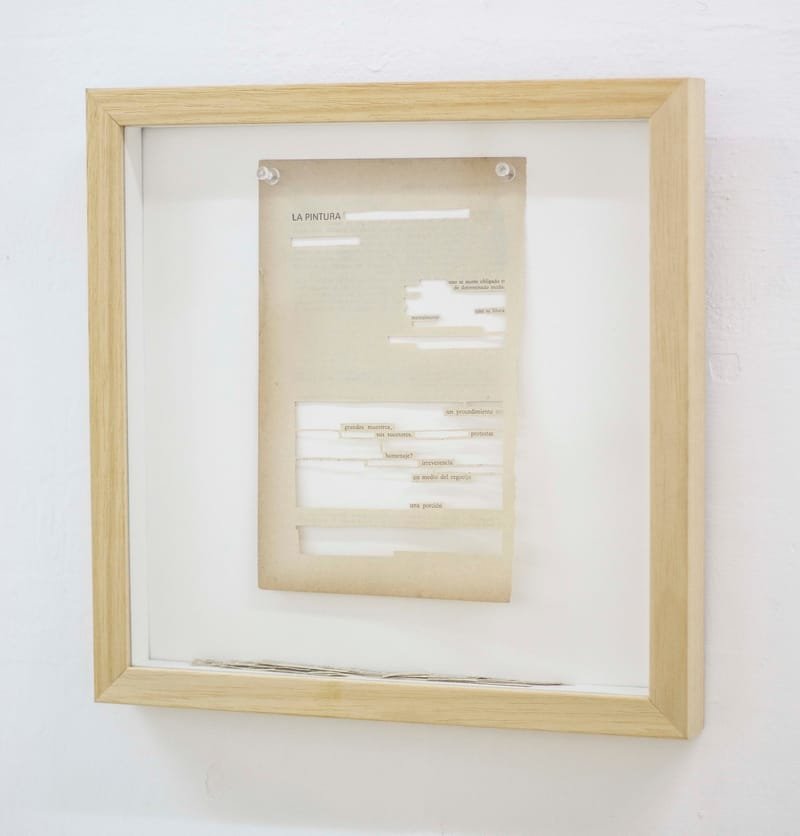 Poemario was a personal exhibition inaugurated in October 2016, at the Carmelo Gonzels Gallery in Havana.